You may know him for the infamous “Practice Rant“.  Sure, that might be the defining clip that sports and pop culture has chosen to go with. But, that’s as fitting of a description of the man’s legacy as summing up President Bill Clinton’s two terms in office with the”I did NOT have sexual relations with that woman” clip on loops everytime he’s mentioned.  You’re missing why and how significant the man was to his trade at the time he was active, and the impact he left behind.

That impact resonates to this day in how today’s best NBA Player talks about my favorite of all time pictured above. I’m doomed in 6ixers fandom forever, because of that 2001 Playoffs I watched him, Dikembe, and Larry Brown drag scrubs to the finals against Kobe, Shaq, and Big Phil.  Feel free to instagram search “Allen Iverson” to see the pop culture impact AI had on the NBA image-wise from the cornrows, to the tattoos that today seem all too much the norm.  Watch Russell Westbrook, 2008 Rajon Rondo, and Kyrie Irving (hopefully next season, since he’s out for his first finals) to see guys who have emulated the tenacity, hard-drive, and relentless doggishness of the point guard position.  Like AI – but, perhaps not to such a degree – these guys have paid dearly for that hard play with crippling injuries as they put the team on their respective backs. 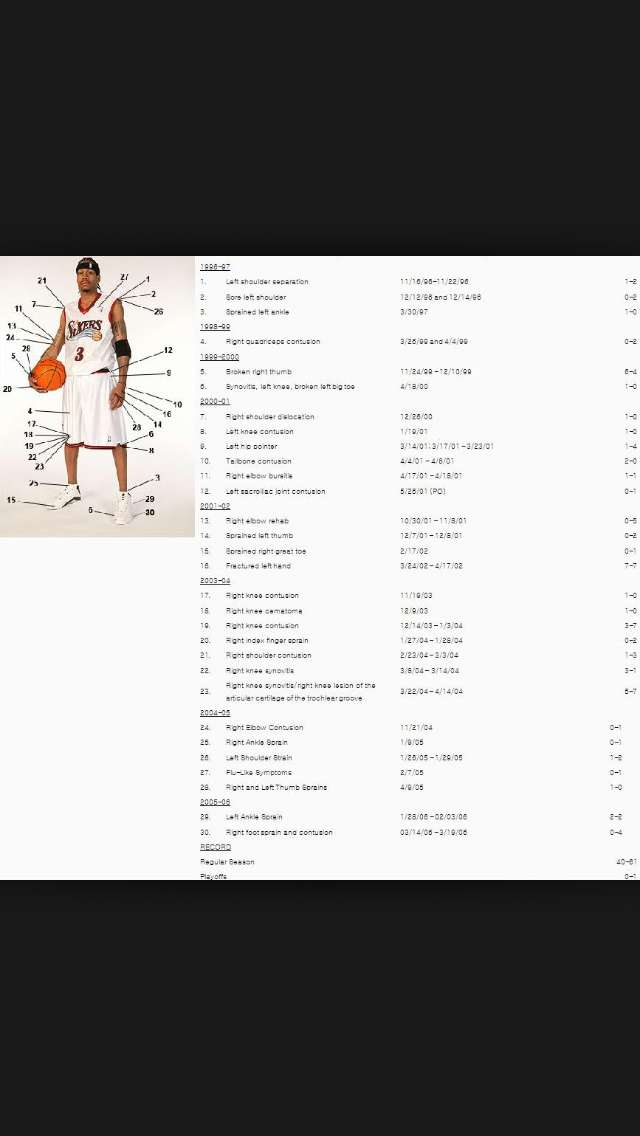 That’s what made watching AI exciting to watch night after night (even in regular season).  You knew he left EVERYTHING on the court. Off the court, he was no less influential (perhaps even more).  They changed rules because of this guy- On and off the court. The current dress code banning Timberland boots, do-rags, and fitted hats instituted by then commissioner David Stern? Allen Iverson.  The “Iverson Rule” inspired dribble policy that gave defenders a chance to piece together their ankles? The Answer! Don’t believe me? Ask Jordan, and everyone else who tried to square up against the man.  No amount of practice can give anybody a chance against that.  Jordan is undisputed as a player.  However, the swagger of a ball player as we know it today is ultimately defined by this guy.  That will never be the same. 40 years of practicing it on and off the court made it perfect. Long Live, The Answer! 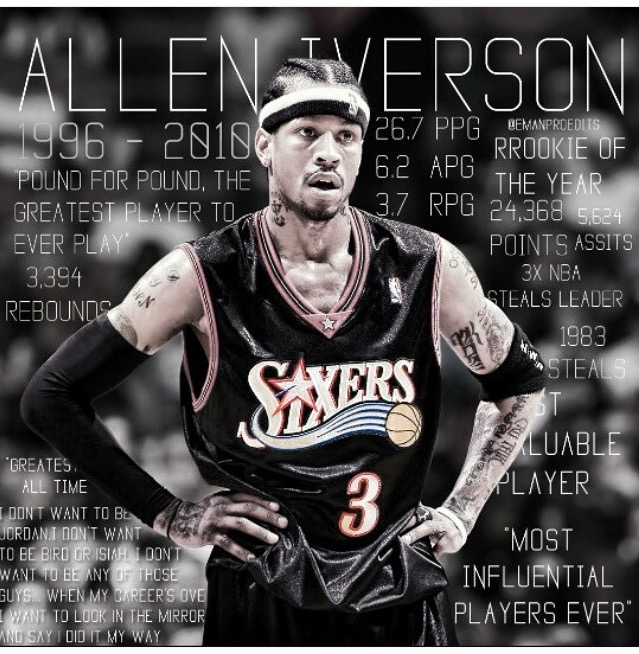